What the hell is Jejuning?

by dahanese at 11:17pm November 14, 2010
Filed under: adventures, boy, friends, gaming, work
If you've been following my Twitter account for any length of time, likely you have heard me say at least once that I have been Jejuned. If you are confused, this blog post is for you. It probably won't make you any less confused, but it will at the very least explain what the hell I mean when I turn the word jejune into a verb. 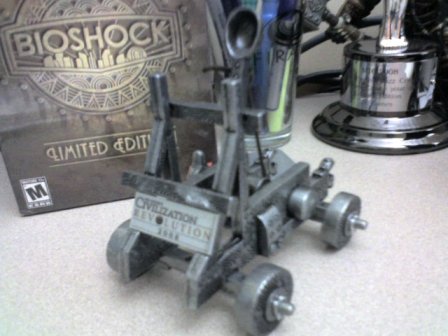 then i found out she didn't have xbox live, or a headset.

so, in secret, i shipped her one.

the happiness of someone getting an unexpected gift is always 1000 times better than receiving a gift of any sort.

by dahanese at 6:13pm June 5, 2007
Filed under: friends, gaming, the shack
so last night i spent four and a half hours playing forza, most of them online against shackers.

forza, for those of you who do not live completely in the gaming world, is a racing simulator, probably the best one out there. you can drive almost any car, and the controls are very lifelike.

i haven't played a racing game (save mariokart, which i also suck at) since daytona on the sega saturn. and i was TERRIBLE at that game. but i really, really, REALLY love playing online with people, even if i finish in dead last every time. so i hopped on with multisync, and we created the shortbus squad, racing B class cars (which is middle tier.)

and yes, i was terrible. i rarely finished a race, and often i just had to crash into people because i was scared that avoiding them would make me spin out. and yes, i'm sure most people found it maddening, but i was very apologetic, laughed when they took me out in retaliation, and by god, i CANNOT WAIT TO DO IT AGAIN TONIGHT.

xbox live rules. especially since you have a headset that can make you talk shit as you swerve wildly around the track.
Read More
Comments 0

puzzle pirates is eating my brain.

by dahanese at 11:07pm February 13, 2007
Filed under: gaming, the shack
so back in 2004 i got sucked into this game. i didn't realize how much i played it till the shackers started making noises about starting a shackcrew. i said i'd captain it. as of tonight, i think i'll have enough experience to become a captain. which is rad. also, ridiculous.

i was up till 2 am for the past 2 nights playing this game.

i am exhausted.
Read More
Comments 4