It's August, and that means that Stitch Fix has begun sending me fall clothing. As sad as that is, I kind of like fall clothing, so this was a pretty exciting box for me.

On top of that, Stitch Fix has brought the prices of the pieces they send to me under control (everything in this box was under $100 - which is pretty good for them since some of their stuff can get into the three digits fairly quickly.)

First up: an asymmetrical blue sweater thingie. I have something like this in a more material-like material (I don't know how things are made, okay? This is heavier and cotton and stretchy and the other is kinda like linen but not) and while I think that weird tail part sticking out at the end looks weird because I don't know how to situate it properly, I really like this. I also apparently requested this via Pinterest, so go me? 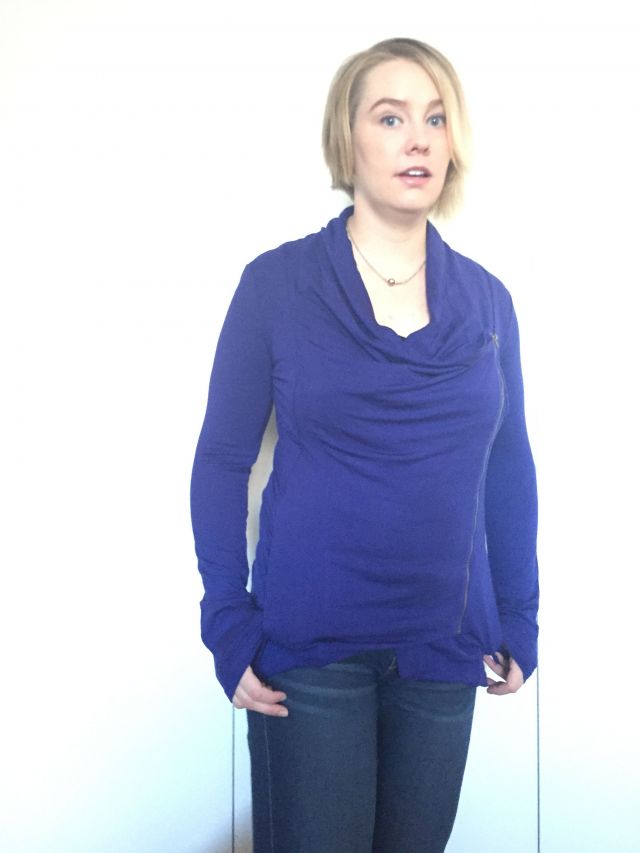 The only question I have with the blue piece is if I should size it up. It's definitely form fitting and I never thought of that as a bad thing because it's stetchy but some of the models I saw on Pinterest (who are thinner than I am) have a much baggier look so I'm not sure if I should go for that.

After that, we have a maxi dress I also requested on my Pinterest board. 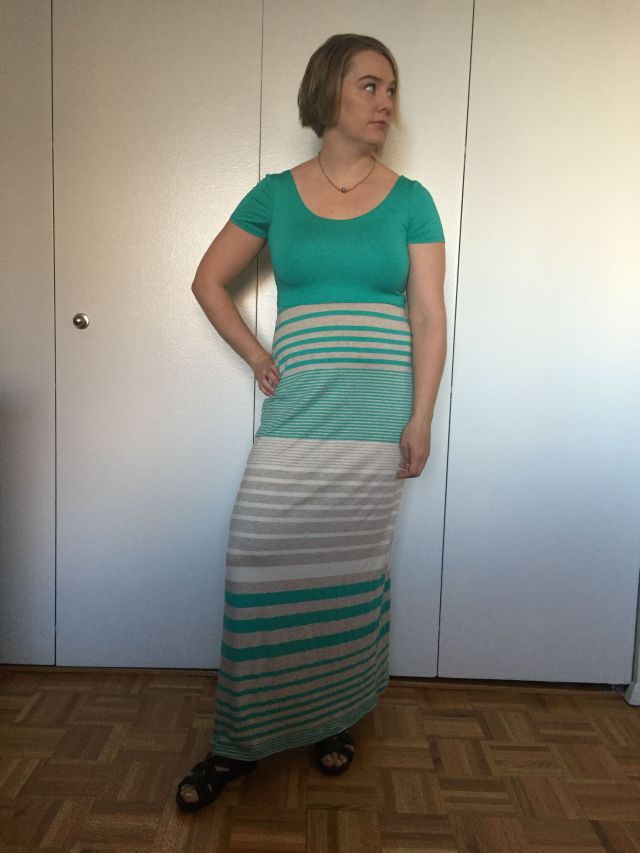 This one also has a pretty nifty back. 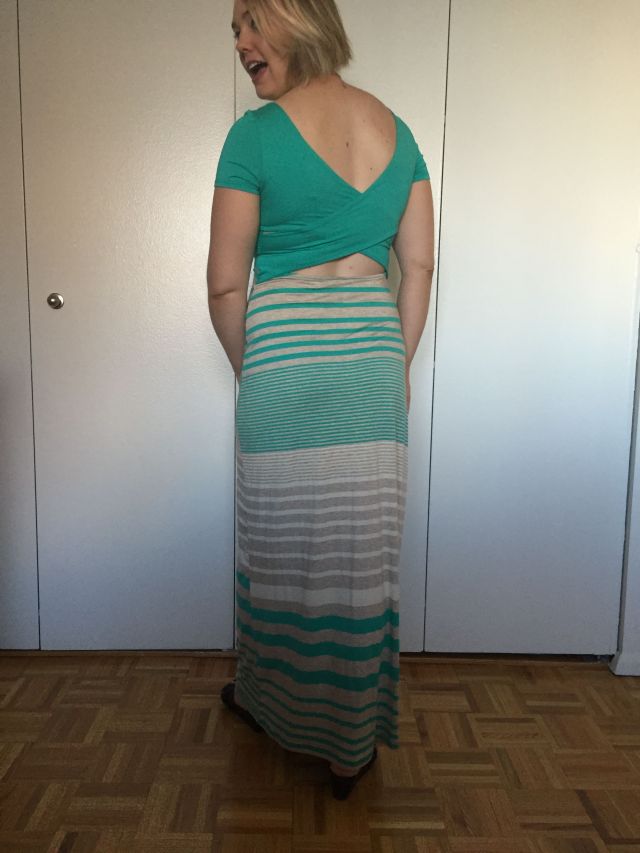 The straight lines of this always freak me out because non-a line dresses can be hard for a not completely stick straight body, but I think this one works out. Bra straps might also show in the back but... fuck it, right?

This black shirt the stylist picked for me. I've noticed this sleeve thing is popular these days, so that's good, right? 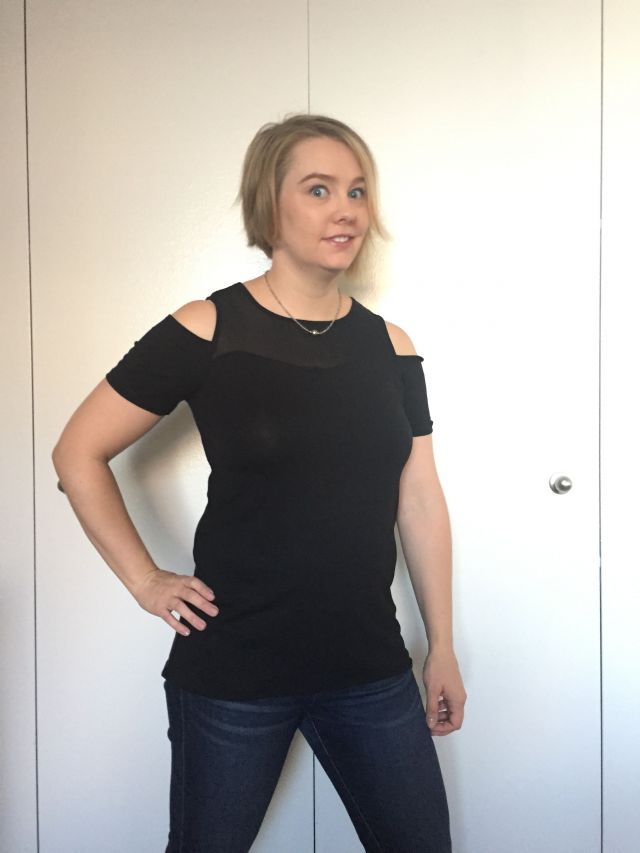 Also: bonus for that AMAZING model face, right? It helps when Mike says "shake it, strut it, work it!"

Another amazing model face for this cardigan (another one I pinned on Pinterest.) 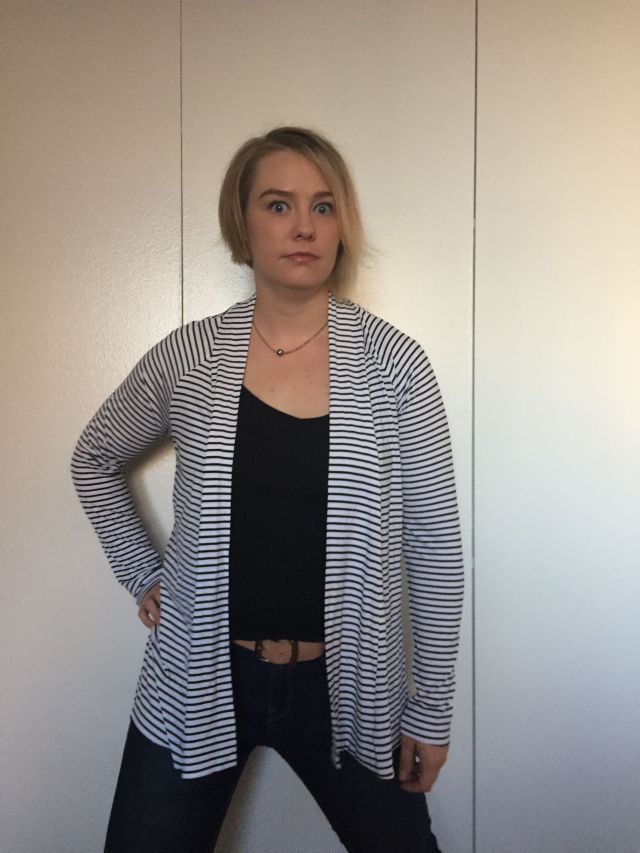 I can see this also being super versatile. I have a very plaine black tank top under it and I think this outfit looks great. The sweater also has some ruching in the back which makes it feel a little bit fancy.

And last, and probably least, is this tank top. It's tie dye and also has a teeny pocket on the front of the shirt, but Mike said he liked this. If I kept 4 things, I'd keep this because buying 5 gives you a discount greater than the cost of the shirt but... I don't know, man. Are we really doing tie dye again? 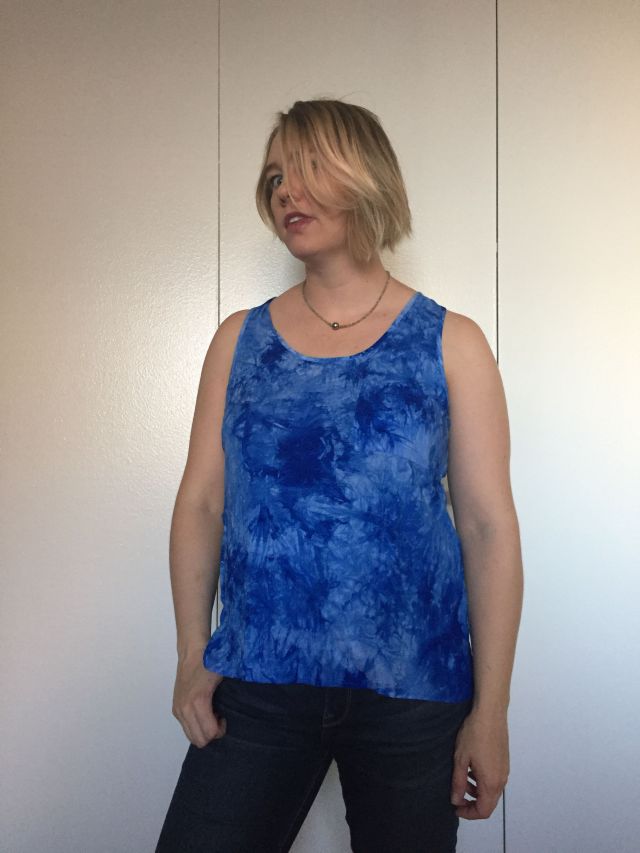 And since folks love the wacky faces I made, here are some outtakes. 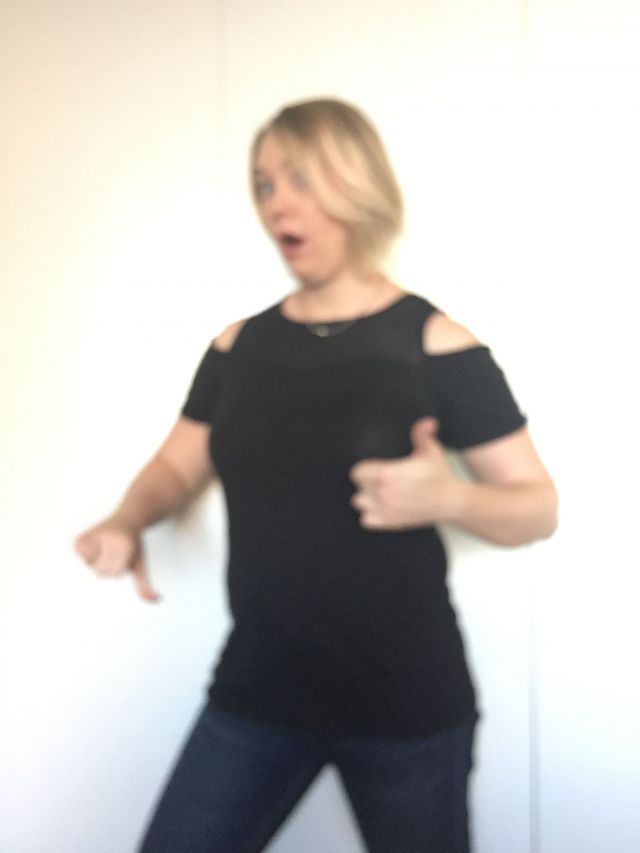 This photo clearly would have been amazing if at all in focus. 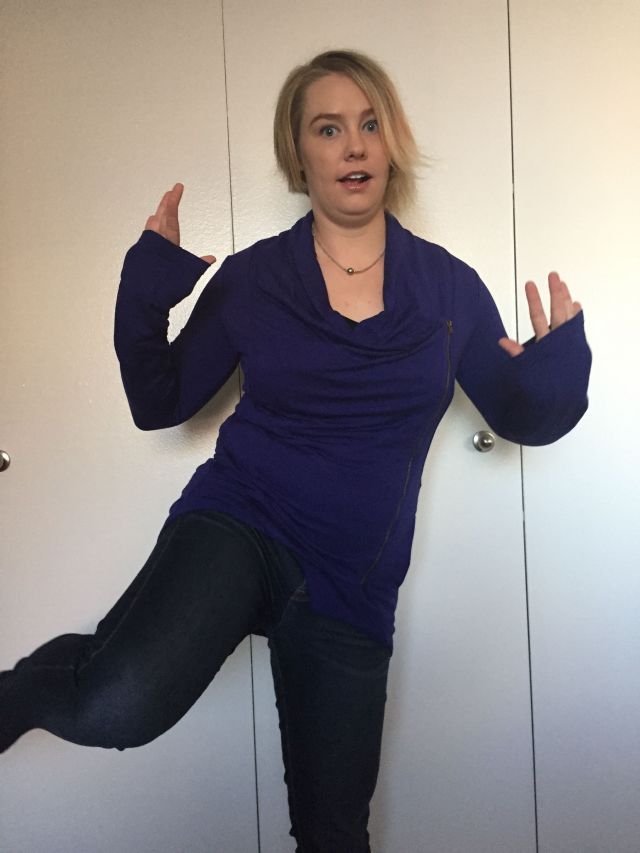 This is what happens when Mike tells me to pose.

This might be the first Stitch Fix since my very first box I want to keep everything - and in hindsight, I really shouldn't have kept everything in the first box, so this would be a first for a perfect pick!